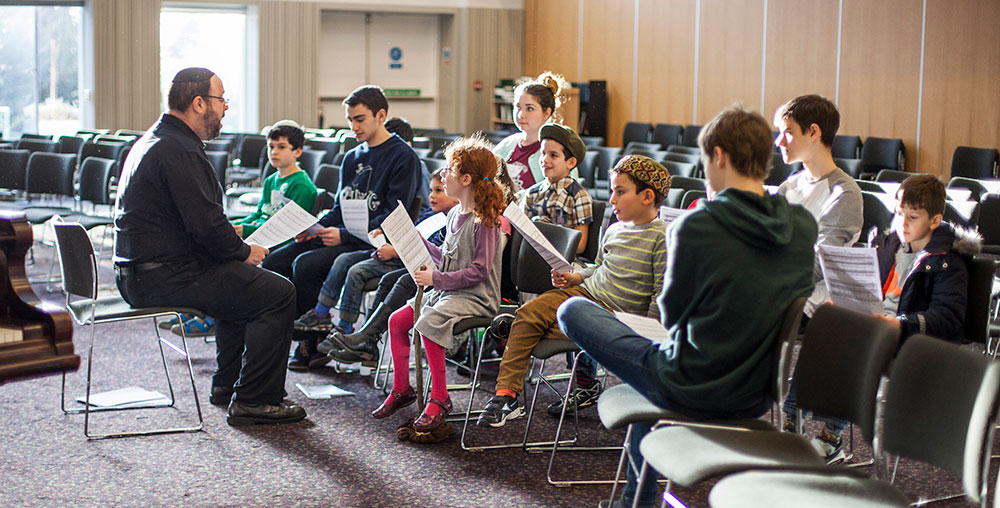 Joseph ordered his chariot and went to Goshen to meet his father Israel; he presented himself to him and, embracing him around the neck, he wept on his neck a good while. Then Israel said to Joseph, “Now I can die, having seen for myself that you are still alive.”

This has to be one of the most poignant verses in the whole Torah! Joseph is reunited with Israel (Jacob), his father. Who weeps upon whose neck is the subject of rabbinical comment, but Ramban says the father wept over the son just as he had continually cried over him from the day he had disappeared. Each time I read it I also weep. As a parent and as a child, I weep for the father and the son. I weep for the years that have been lost so tragically and unnecessarily through family dysfunction, as a result of sibling rivalry and whatever other factors. And I weep with the joy and gratitude that comes with reunion.

Not so long before (we read in Vayishlach), Jacob was no stranger to rift, having been estranged from his twin brother Esau and, to some extent, his parents. Rift was rife!

But Israel the man, signifying Israel the people, was now in exile. Tradition holds that God went with His people and wept when they wept – the people did not know what the future was to bring, that they would enter a new time with a new place. Of course the birth of the Hebrew nation could not happen without this exile and return.

Our Haftara, the later writing of Ezekiel, reflects the reunion of Joseph and Judah. In the verses preceding the Haftara, Ezekiel’s vision of the valley of dry bones relates to a dead nation that comes to life in the following text, through the prophetic vision that the split kingdoms of Judah and Israel will come together as one nation and God will dwell amongst them forever.

Exile, separation and return. Weeping with anguish and weeping with gratitude. How many times, O Lord?

Are there many families we know who don’t have aspects of rift? Some are able to have found reconciliation in some way, and others not. However difficult, coming together is sacred, even though the relationship is likely not to be the same as it was before. But how difficult it is to set aside deep feelings of hurt, anger and sometimes betrayal! Children don’t speak to parents and parents don’t speak to children. Siblings don’t communicate with each other. I have seen this so many times, and by the time one of the parties feels that they can’t live without making some move towards reconciliation, it is tragically too late. And then the pain is so hard to bear.

How might we begin to set aside our hurt and enter a state where we might be able to approach, to forgive? Much work needs to be done, often with help which is always there for those who seek it, and if there is a willingness there is a way. Indeed, God is in the process.

My prayer for all of us in the pain of rift, who are hurting, is that we find deep in our heart compassion for ourselves and for the other; that we find the means to let go of long-held pride and seek healing.

Chazan Jaclyn Chernett is a founder member of Kol Nefesh Masorti and the first woman in the UK to be ordained as a Chazan. She studied at the New York Academy for Jewish Religion and received her Semicha in 2006.