The rabbi should speak out 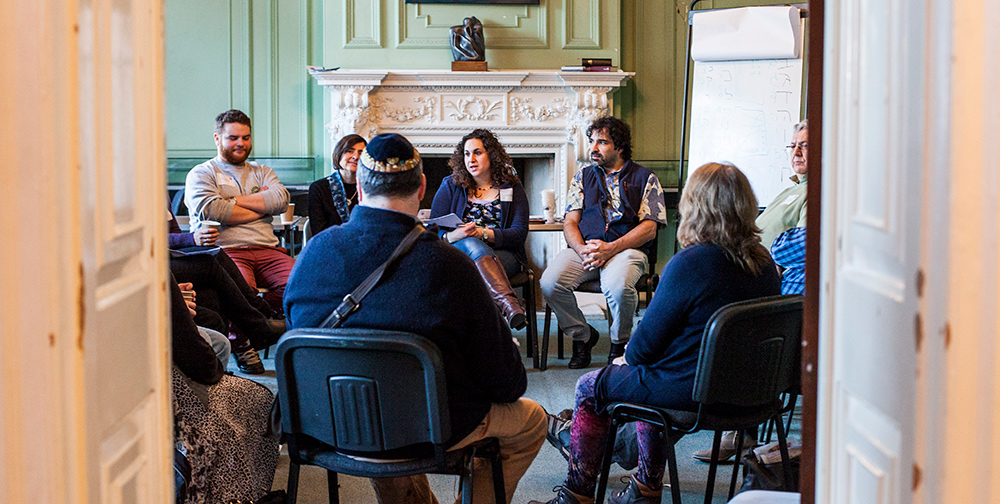 The question of whether and how rabbis should speak out on controversial issues of the day has been with us for many centuries. If the subject has become especially contentious in America of late, it is probably because American Jews in 2017 find ourselves in a situation utterly without precedent.

Technology and globalization have spurred change more rapid and far-reaching than at any time in human history. American society and culture are in flux. The health of the planet itself is threatened as never before. Anti-Semitism seems resurgent. And the relevant political divide in America today is arguably not only that between Democrat and Republican or liberal and conservative but between supporters and opponents of a president who has disavowed major elements of long-term bipartisan policy and major elements of the Jewish and Christian ethical traditions.

What should rabbis do in this situation? What should they say, on the pulpit or off? What alliances and marches should they join or lead? I believe that the lack of consensus on virtually every major issue we face makes it more imperative than ever that rabbis speak out loud and clear on moral and religious issues of the day. They must articulate the moral voice of Judaism, carefully yet boldly, with love for God and Israel and always from deep inside the teaching and practice of Torah.

The rabbi’s role must include far more than announcing page numbers or directing ritual performances (as important as the latter task is). It takes all the knowledge and wisdom a rabbi commands, all the learning and people skills he or she brings to the task, an abundance of cognitive and emotional intelligence, to pronounce and preserve the difference between tamei and tahor, pure and impure — ever the vocation of Aaron and the priests who follow after him. The rabbis must do this while fulfilling Aaron’s priestly function as “pursuer of peace.”

Our rabbis have to build and grow holy communities, keep the peace in those communities, and make sure they are places that bring out the best in all their members. Divisions are rife in many congregations, schools and agencies. Civil discourse is harder and harder to achieve. That discord should not prevent rabbis from speaking out. Rabbis are most effective, in this matter as all others, when they bless the people of Israel with their words and their presence, teach via texts as well as personal example, invite God into Jewish lives, and help make us worthy of having God reside amongst us.

We also want our rabbis to be prophets of a sort, which means helping their communities to hear clearly what God wants of them, and helping our words reach God. Paraphrasing Abraham Joshua Heschel, we might say that the rabbi in his or her prophetic role helps the rest of us to keep God always in mind, and stops us from focusing only on our own needs and desires.

Heschel made that declaration about Israel’s prophets in his 1963 address on “Religion and Race,” and when he marched in Selma, Ala., he affirmed, as Martin Luther King Jr. did in his “Letter From Birmingham Jail,” that rabbis must call out injustice, call for compassion, and call lies, lies. They cannot teach the opening chapters of Genesis without reminding us that human beings are assigned to work and tend the garden of Earth; that all human beings are children of Adam and Eve created in God’s image; that this status carries with it a demand to protect human dignity always and everywhere.

Rabbis cannot teach the Exodus narrative without stressing over and over, as the Torah does, that we are obligated to take care of the stranger, free those enslaved, and not bow down to false gods. The Judge of all the Earth must be assisted in doing justice. YHWH must be helped in the work of redemption associated with God’s very name.

This does not mean, I hasten to add, that the rabbi should tell people how to vote. The problem with rabbis giving such advice goes far beyond IRS regulations concerning the status of religious nonprofits. The complexity of the human situation on the one hand, and the nature of classical Jewish texts on the other, both militate against simple translation of biblical or rabbinic imperatives into endorsements of particular candidates or policies.

Love for the stranger is compatible with a variety of government directives. Widows and orphans must be clothed and fed — that demand is nonnegotiable — but multiple valid approaches to distributive justice have been articulated in Republican and Democratic platforms. Love of the Jewish people, love for the Land of Israel, and love of the stranger can be used to justify a whole range of positions on West Bank settlements. And — complicating matters still further — fulfillment of one mitzvah might clash with fulfillment of another. Sometimes the imperative to Jewish action is clear and unequivocal. Most of the time, however, hard choices must be made and difficult priorities determined.

That is why a rabbi has to be extremely careful in the translation of timeless mitzvah to the partisan politics in the headlines on a given Shabbat. It would be a mistake for rabbis to get into the business of political campaigning for particular candidates or parties. A rabbi’s job is to teach Torah and to help Jews live Torah, not to be a political operative. Spiritual/moral leaders cannot fulfill that calling effectively if they routinely sound off on contemporary controversy rather than helping Jews listen week in and week out to the voice of Torah. The latter task requires listening to and respecting the diverse voices inside each community — just as the community, to be served by the rabbi who leads them, must be willing to listen to their rabbis, even and especially when challenged by disagreement.

Bottom line: Rabbis and their communities need to trust each other’s dedication and integrity.

Some 45 years ago, as a student reporter with incredible chutzpah, I asked Heschel how he had the chutzpah to call the Vietnam War evil — not just wrong, but evil — and to write on the first page of his book “God in Search of Man” that religion had declined because it had become “irrelevant, dull, oppressive, insipid.” Heschel said to me, in these words or words close to them, “I am the heir to a great religious tradition, and as such it is not only my right but my duty to speak in its name as best I can, knowing that others will speak differently.”

It takes enormous courage to do that — and enormous humility to do it well.  You’ve got to know your Torah, and know your Jews, and love them both, and love God. We are living in a historic moment that may well test our patience and our courage. It may elicit every ounce of every skill we command, break our hearts over and over, and strain our capacity for hope. I pray that our rabbis, with the blessing of the communities they serve, will have the wisdom to exercise the right, and perform the duty, of speaking in the name of Torah — and will do so with the wisdom and skill needed right now throughout the tabernacles of the Children of Israel.

Professor Arnold Eisen is one of the world’s foremost authorities on American Judaism, and the seventh chancellor of The Jewish Theological Seminary 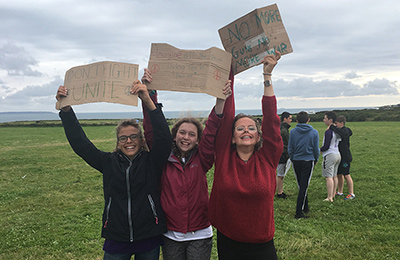