Fighting for the Jewish people’s soul: Masorti Judaism at the 2020 World Zionist Congress 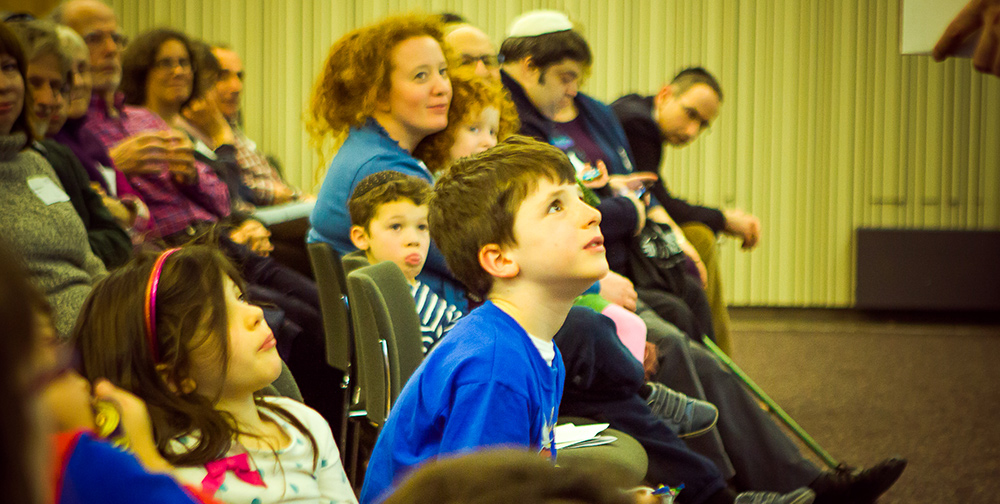 It’s natural to be preoccupied with local events – what’s going on in our own family, community, country. When we poke our heads up we tend to notice only the most dramatic international events (the US elections spring to mind). But it’s also important to be less parochial about our Jewish lives and realise we’re not only part of our synagogue or even the UK Jewish community, but members of the worldwide Jewish people.

And for the Jewish people, last week saw an important, if generally overlooked, event: the World Zionist Congress.

The Zionist Congress was established by Theodor Herzl in 1897 and led indirectly to the founding of the State of Israel just over 50 years later. Today, Congress meets every five years and is the ruling body of what are known as the ‘National Institutions’ – semi-governmental bodies governed by representatives of Israeli political parties and Diaspora Jewish organisations. They include the World Zionist Organisation (WZO), the Jewish Agency for Israel and the Jewish National Fund (Keren Kayemet L’Israel or KKL). They have responsibility for settlement and environmental activity in Israel (KKL is Israel’s biggest non-governmental landowner), promoting aliyah (Jewish immigration to Israel), combatting antisemitism and Jewish education in the Diaspora. Between them they have an annual budget of around $4 billion.

This matters directly to us. Israel has always been central to Masorti Jewish life. However, as the modern State of Israel developed, the Israeli government refused to recognise Masorti and other non-Orthodox forms of Judaism. Masorti rabbis in Israel cannot conduct weddings or funerals, Masorti communities receive no public money, and the Israeli government has gone back on its promise to create an egalitarian prayer space at the Western Wall.

The WZO provides crucial funding for Jewish education all over the world and, since the Israeli government only funds Orthodox institutions, it’s the only source of support for Masorti synagogues, schools, youth programs and teachers. Dozens of Masorti communities around the world, and especially in Europe, are dependent on WZO funding for their existence. Moreover, the fact that Israeli and Diaspora Jews work together at Congress gives us a voice with Israeli politicians – they need our support and are ready to negotiate with us. This gives us a modest but vital degree of influence on issues close to our hearts: democratic values, religious pluralism and minority rights in Israel.

Over the past months there has been a titanic struggle over the future of the National Institutions. Right wing and Orthodox parties were poised to change the long tradition of including all Zionist parties in the governance of the institutions by staging a take-over and excluding moderate and progressive voices (including the Reform and Masorti movements and centre-left Israeli political parties) from all positions of influence. This would have meant the end of funding for our institutions and a critical weakening of our political influence. At the last moment, the representatives of Mercaz, the Masorti Zionist organisation, together with our political allies, managed to block this move and install a broad-based coalition (albeit one dominated by the Orthodox and the right wing) to lead the WZO for the next five years.

More specifically, this agreement includes increased budgets for Masorti and Reform Judaism, and both movements and their centre-left political allies have received senior leadership positions within the National Institutions. For example, Yizhar Hess, the outgoing CEO of Masorti Judaism in Israel will become a Vice-Chair of the WZO with responsibility for Israel-Diaspora relations and control of a significant budget.

But these achievements are one small part of a larger struggle within the Jewish world between the forces of insularity, religious intolerance and chauvinism on the one hand and those of us who believe in combining Judaism with universal, democratic and liberal values on the other. (To be clear, the latter group encompasses people from all streams of Judaism including many moderate Orthodox Jews.) This week, for example, the Likud has nominated Jacques Kupfer, a man with a record of anti-Palestinian, racist and extremist comments, to head up the WZO’s Department for Diaspora affairs.

Our struggle continues. Click here to get involved and find out more about Mercaz – Masorti for Israel.

Read more about this year’s World Zionist Congress in this article in Haaretz and in this first-hand account by one of the Mercaz delegates.

Matt Plen is the Chief Executive of Masorti Judaism in the UK, a board member of Mercaz Olami and a newly-elected member of the Zionist General Council, the body that governs the WZO between Congresses. Thanks to Rabbi Alan Silverstein, President of Mercaz Olami, for information that contributed to this article.