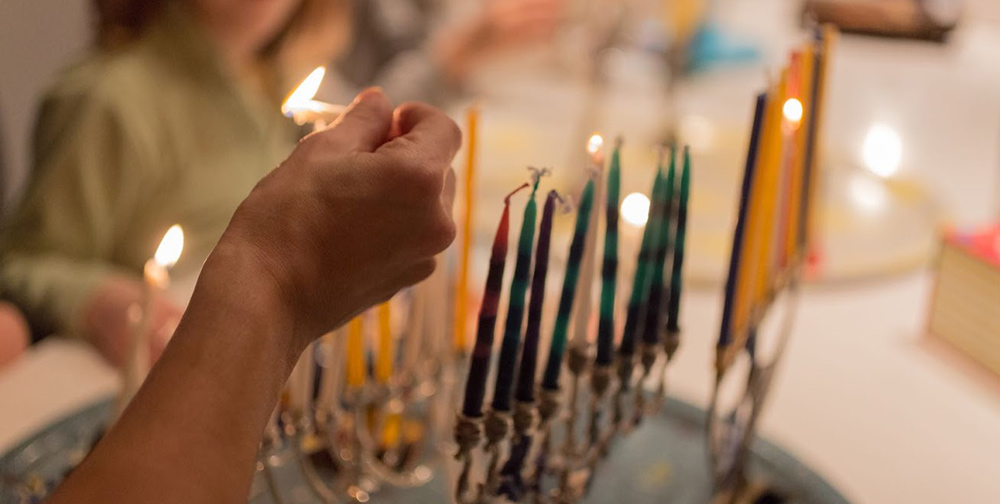 You know the classic scene at the beginning of Indiana Jones and the Raiders of the Lost Ark, when Indie is hanging on to a plant, suspended above a pit full of spikes, while the only exit is slowly closing in front of him? Neilah, the last prayer service of Yom Kippur, is like that.

Yom Kippur is coming to an end – Neilah means closing, and we imagine that as it gets dark outside, the gates of repentance are closing as well, and with them, our last chance to earn forgiveness before the new year truly begins. This is our Indiana Jones moment – the doors are closing and we have one shot to make it through the narrowing gap before the chance is gone.

We say a lot of words on Yom Kippur. Hundreds, thousands – but Neilah is when the words begin to run out, to lose their meaning. In the face of the end of the day, it’s as if we become so desperate to win repentance, we begin to abandon words, repeating the same lines over and over.

The reader proclaims the shema and we all echo it, then they say “baruch shem kavod malchuto l’olam va’ed” three times, blessed be God’s glorious name forever, the traditional response to the Shema, and after the third time we repeat it.

And then the reader proclaims “Adonai hu haElohim” seven times, the Adonai is the true God – and when they finish the seventh one, we all do the same.

Finally our words run out all together and we turn to the soundless cry of the shofar blast to push us through that gap and into the promised atonement.

But why do we say that line of “Adonai is the true God”? What does it imply at this moment when Yom Kippur is ending and we are about to return to our everyday lives?

It comes from the story of Elijah in the book of Kings, (1 Kings 18) where Elijah challenges the prophets of the god Baal to a contest to prove who is the true god. Elijah confronts the evil king Ahab and tells him to bring 450 prophets of Baal and 400 prophets of Ashera to Mount Carmel, where he intended to prove to the people once and for all who was the true god.

Both would prepare a sacrifice and call on their god to send down fire to light the altar. Whoever answered was the true god. And, being a gentleman, Elijah let the prophets of Baal go first.

They chose their bull, prepared it, and prayed all morning, danced around the altar but nothing happened. “Baal, answer us,” they shouted over and over again.

But evening came, and nothing had happened.

Then it was Elijah’s turn. He took 12 stones, one for each of the 12 tribes, and slaughtered the bull and arrayed it on the altar. Then, to show just how serious he was, he ordered water to be poured all over everything three times.

Elijah prayed to God, and immediately “the fire of Adonai fell and burned up the sacrifice, the wood, the stones and the soil, and also licked up the water in the trench” (v38).

The miracle seems to have worked, and turned all the nation from idol worship, and the prophets of Baal are all slain.

Because in the very next chapter, when King Ahab tells his wife Jezebel what Elijah did to the prophets of Baal, the queen declares to the prophet “So may the gods do to me and more also, if I do not make your life as the life of one of them by this time tomorrow”, and Elijah is forced to flee for his life.

How can it be that the day after his great triumph, when all the people declare the sovereignty of God, that Elijah has to flee for his life? Aren’t all the people on his side now? Didn’t he win them over with the fire from heaven?

This is the great tragedy of Elijah’s victory, which God tries to teach him in chapter 19. That God is not really in the fire, nor the whirlwind – but in the still small voice. The miracle is all very impressive, but in the end, it didn’t really change anything.

We stand at Neilah and make the same declaration as the people of Israel did at the time of Elijah “Adonai hu haElohim” but with it we should hear the warning of the story, understand the lesson that God tried to teach him.

In the end, what happens today doesn’t matter as much as what you all do tomorrow. Ultimately, real change doesn’t usually come about through miracles and amazing days of atonement, and all the Yom Kippurs in the world don’t matter if tomorrow we simply revert to our previous behaviours.

Today is the fire and the whirlwind, today is the competition on Mount Carmel. But tomorrow we need to hear the still small voice, the call of God, to make real change in our lives, and make the world a better place.

Rabbi Roni Tabick is the rabbi of New Stoke Newington Shul and the assistant rabbi of New North London Synagogue. 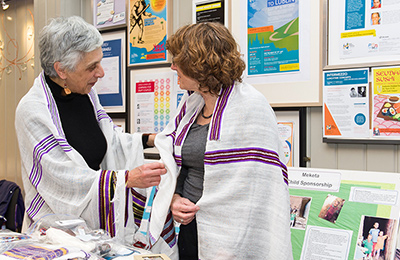