Eco-Synagogue: What’s It All About? 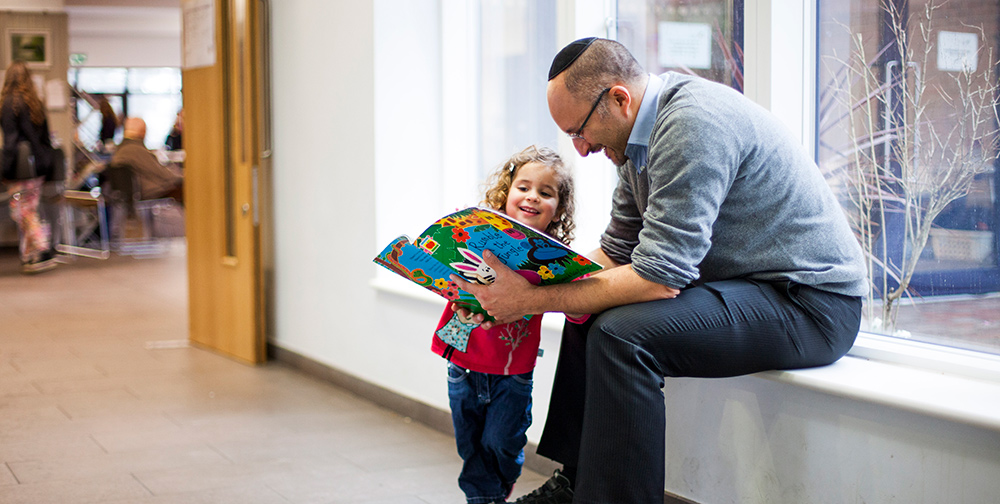 Eco-Synagogue is our response to the climate crisis. Rooted in the texts of Judaism, alert to the urgency and complexity of the hour, specific and detailed in what it asks of us, it offers a practical, positive, engaging road- (or cycle-route) map to what we can and must do in our communal and individual lives.

The direct inspiration comes from Eco-Church. Launched at St Paul’s in January 2016 by Dr Rowan Williams, it provides an online tool through which to survey, measure, assess and improve every facet of a community’s environmental footprint: how it uses its building, land, liturgy, teaching and preaching opportunities, and its influence on the lives of congregants. Each part of the survey is supported by practical and educational materials. Communities are encouraged to improve their environmental record through a competitive edge; bronze and silver awards are attained through self-assessment, while a gold can only be given by an external assessor. Appropriately enough, the first gold medal went to a Franciscan monastery. Many hundreds of churches have joined the scheme.

In 2017 we acquired the intellectual property rights to create Eco–Synagogue, in co-operation with Eco-Church. Each project will of course have its own emphasis, resources and momentum. The survey has been translated into ‘Jewish’, with resource materials still to be added. We are in the first pioneering group of synagogues and were proud to host the launch, with Dr. Rowan Williams as our special guest.

The most important, most ancient inspiration for Eco-Synagogue is the Hebrew Bible. Jewish and Christian environmentalists take their inspiration not from Genesis I, in which man is told to dominate creation, but from Genesis II, in which Adam and Eve are placed in the Garden of Eden, a metaphor for the earth and all the forms of life which it sustains, to ‘work it and keep it’. We are trustees of creation, answerable for its wellbeing.

As Ellen Bernstein notes in her brilliant study, leovdah means more than simply ‘to work’ the land; it implies humility, an attitude of reverence and service. Similarly, leshomrah indicates more than merely to keep; it denotes commitment and responsibility, as evidenced in its frequent usage in the context of observing and honouring God’s commandments.

It is no accident that Pope Francis drew overwhelmingly on the Hebrew Bible as the theological basis for his remarkable encyclical (papal letter) Laudato Si. Published in advance of the 2015 Paris climate summit, it appealed for ‘a new dialogue about how we are shaping the future of our planet…a conversation which includes everyone, since the environmental challenge we are undergoing, and its human roots, concern and affect us all.’ Showing the close connection between social and environmental justice, the encyclical addressed people of all faiths and none, and of every region on the earth, with compelling moral and spiritual power.

In response, other faiths offered their own declarations:

‘Hindus know we must do all that is humanly possible to protect the Earth and her resources for the present as well as future generations.’ The Hindu Declaration

‘Collectively, we are violating the first precept – “do not harm living beings” – on the largest possible scale…The compulsion to consume more and more is an expression of craving, the very thing the Buddha pinpointed as the root cause of suffering.’ The Buddhist Declaration

The Jewish community did not offer a specific response. But for years we have been led by the work of Hazon (‘Vision’) in the USA, with its goal of ‘creating healthier and more sustainable communities in the Jewish world and beyond’. In 2015, Hazon launched its Seal of Sustainability, providing ‘a roadmap to advance sustainability-related education, action, and advocacy’, an award similar to what we have now created through Eco-Synagogue.

The fact that the heads of state of 194 nations signed the Paris Climate Agreement was proof that across the world both religious and secular leaders had recognised the urgency of the hour. President Trump’s announcement last year that he intends to renege on the USA’s commitment to it has rightly prompted national and international outrage. He should be mindful of the words of Ecclesiastes, that ‘even the king [or President] is subservient to the field’. His irresponsible decision is a fierce reminder that there is no Planet B, no second chance, no future for our children and grandchildren without severely limiting and reversing the curve of global warming.

Eco-Synagogue is cross-denominational; Liberal, Reform, Masorti and Orthodox communities are all represented in the opening group. Other communities from across the spectrum have indicated strong interest. The Board of Deputies is closely engaged.

To make the project work, a congregation needs both ‘bottom-up’ and ‘top-down’ leadership; the commitment of rabbis and lay-leaders as well as a hands-on ‘green team’ to make changes happen. It needs the active engagement of its children and youth. Each synagogue will discover its own challenges and objectives as it goes through the survey. But immediate shared concerns are likely to include recycling, no-waste kiddushim, ending the use of throw-away plastics, installing solar panels, encouraging shared transport, deepening our relationship with local food suppliers as well as growing our own, and providing the inspiration and practical information needed for members to ‘green’ our homes and lives.

The Eco-Synagogue website is up and functioning. All it now needs is our commitment.