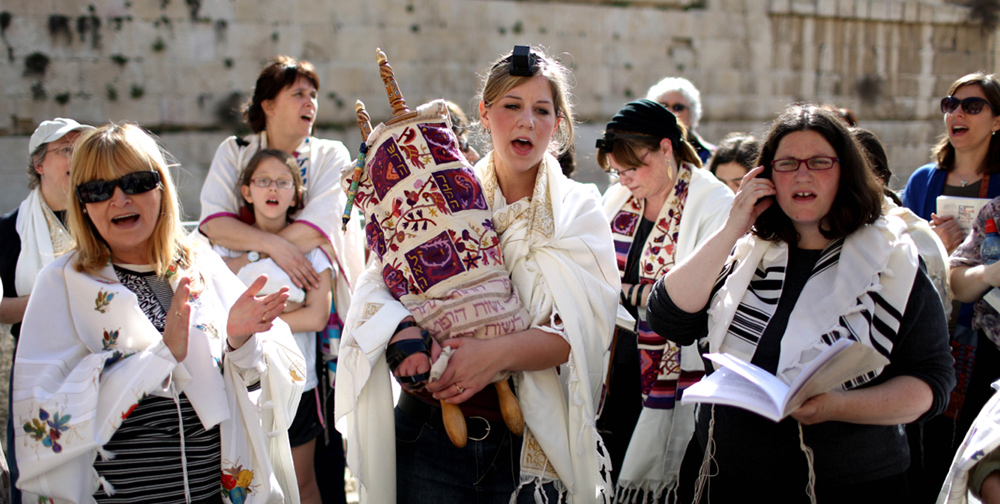 To a large extent boundaries define the Israeli-Palestinian conflict and our interaction with it. They take the form of physical boundaries (or lack of) between Israel and the Palestinian people and psychological boundaries that determine to what extent those on different sides of the conflict can build relations and interact with each other. Others that exist are even less tangible. For example, the boundaries of what is considered acceptable discourse about the conflict within Diaspora Jewish communities, at times, act almost as a form of self-censorship. To what extent these boundaries can be overcome, or in some cases resurrected, will, to an extent, determine the future of Israel and our relationship with the Jewish state.

Since the creation of the State of Israel, the country has never had clearly defined physical boundaries in the form of recognised borders. What has become commonly known as the ‘Green Line’ is in fact the 1949 Armistice Lines. At the end of the War of Independence, in the absence of an agreed border, these armistice lines became the boundary between Israel and the surrounding Arab countries. For 19 years what existed beyond these boundaries was enemy territory. However, after Israel captured land in the 1967 war, the boundary between Israel and the captured territory became increasingly blurred and in the case of the Golan Heights totally non-existent.

Today, where that boundary is most blurred is between Israel and the West Bank. One can drive down Route 5, a central motorway in Israel, and find oneself in the middle of Ariel, an Israeli town that is home to about 20,000 people 20 km deep in the West Bank. It is quite possible to drive the entire way to Ariel and barely notice, or not notice at all, that you have driven this far into the West Bank. And as far as Israeli discourse goes, Ariel is a major Israeli town, with its own government-recognised university, and despite the fact it is 20km over the boundary, is considered, to all intents and purposes, to be part of ‘Israel proper’.

Contrast this blurring of boundaries with the creation of the border between Israel and Egypt following the peace agreement between the two countries in 1979. It is through the creation of a clear boundary that peace between the countries has prevailed (albeit a cold peace) despite the tumultuous revolution and counter revolution in Egypt over these past few years. Many people believe the only way to bring peace to Israel and the Palestinian people is through separation into two distinct nations and in actual fact this will require the resurrection of boundaries between the two countries. Whether or not this is still possible has become a serious concern for the international community.

Somewhat ironic is that whilst the physical boundaries between Israel and the West Bank have become more and more blurred, the boundaries between the Israeli and Palestinian people have become more defined and more entrenched. Mired by endless conflict, fear and bloodshed, trust between the people remains rock bottom. Since 2000 and the outbreak of the second Intifada it has been illegal for Israelis to enter major Palestinian population centres in area A of the West Bank. Likewise the mass daily movement of Palestinians into Israel, mainly for work purposes, has been severely restricted since the 2nd intifada. Consequently interaction has diminished to such a great extent that it is quite normal to come across Palestinians whose only interaction with Israelis is in the form of settlers or soldiers, or Israelis who really never encounter a Palestinian at all, and are therefore full of fear and assumptions. The end result is an almost impenetrable psychological barrier between the two peoples. And now, within many pockets of the West Bank, the rhetoric of, and support for, ‘anti-normalisation’ is all pervasive, limiting interaction even further. The movement towards anti-normalisation is based on the premise that efforts to bring Palestinian and Israeli people together without having the express purpose of ending the occupation of the Palestinian people is ‘normalising’ the power imbalance between the two peoples. As a consequence, interaction between Israelis and Palestinians is becoming even harder as some of the grassroots projects that traditionally brought people together are not just scuppered by severe logistical challenges, but also by a political narrative that rejects this type of interaction. Whether one sympathises with, supports, or completely disagrees with the language of anti-normalisation, it is certainly the case that it contributes to the maintenance of the boundaries that exist between the two peoples.

But perhaps what affects us the most day-to-day in Diaspora Jewish communities is the way in which we have constructed the conversation about Israel. Our community has developed, over the course of many years, almost unspoken guidelines that define what is considered acceptable discourse about Israel and the conflict. These boundaries may not be physical or obvious to the naked eye, but they certainly exist. For many years these ‘boundaries’ limited the ability of an individual to express their disagreement, for example, with the choices of the Israeli government. One risked the possibly of being branded a ‘self-hating Jew’, or being vilified as outside the ‘tent’. Whilst thankfully these boundaries have significantly changed, and they have become much more flexible, they still exist. We constantly hear the debate about ‘red lines’ – another name for a boundary. By way of an example: whether an individual or an organisation supports boycotts of Israel regardless of what form that takes, will be more often than not considered to be outside the boundaries of the community.

Without passing judgement on the rights and wrongs of boycott it begs the question as to who is the independent arbiter of the red lines and the boundaries. Who decides who is in and who is out? And what happens to the people who are considered out? It is certainly the case that the existence of these boundaries have driven some people out of the community entirely. Feeling unwelcome and unrepresented, people look for another place they are able to call home. I know of an example of an individual heavily involved in the communal life of his synagogue, who was made to feel so unwelcome by the rabbi because of his opinions on Israel that eventually he left, opting to walk 45 minutes each way to a different synagogue on a Shabbat morning. He could have disappeared from the community altogether. These boundaries might not have a direct impact on the conflict itself, but the Jewish community is certainly an active stakeholder in Israel, and these boundaries that have limited Jewish community discourse outside of Israel, in turn limit what Israeli civil society and political leadership hear from their friends in the Diaspora.

However, the boundaries that trouble me the most are those that now exist in the imaginations of all stakeholders in this conflict. Perhaps this is with good reason. Human beings learn to limit their expectations to protect themselves from the ultimate disappointment. Everyone has had their fingers burnt in this conflict so perhaps it best to assume things will never change rather than imagine the future could be different. A few years ago, with a group of British Jews in a refugee camp in the West Bank, we asked the father of a Palestinian family we were visiting whether he thought the Kerry peace initiative (which was still ongoing at time) provided a ray of hope. He almost laughed us out of his home. Every other peace negotiation had failed and brought them nothing, so why on earth did we think or dare to imagine this would be different, he asked us. As it happened he was right, but his resignation to an unchanging reality was a slap in the face.

Likewise, spending time with a group of Jewish women in London recently, I was struck by the inability of some of them to imagine a different reality. The group was meeting with an Israeli woman who described her experience of working as a teacher in Sderot, on the border with Gaza, and how it felt for the class she was teaching to be regularly disrupted by rocket fire. She also explained the concern she feels for the residents of Gaza when she sees Israeli helicopters hovering in the air over Sderot, as it signals some form of military action in Gaza. For one woman in the group just the mere mention of empathy for Gazans was enough to brand the Israeli woman a self-hating Jew. The fact she could not imagine a world where both security concerns and empathy for the other could co-habit, shows to what extent we have put limits on the ability to dream.

Without dreaming we lose sight of the possibility that things could change, and then we find ourselves stuck in a reality that cannot change. Overcoming those insurmountable boundaries between people, rebuilding the physical boundaries that bring stability, and removing the boundaries that inhibit our ability to have honest conversations about Israel, require an enormous leap of imagination.

I am reminded of a quote from Alice in Wonderland: ‘Imagination is the only weapon in the war against reality’. Removing the boundaries to our imagination is just the beginning of creating a better reality for the Israeli and Palestinian people.

Hannah Weisfeld is the founder and director of Yachad, a pro-Israel organisation which campaigns for a peaceful, two-state solution to the Israeli-Palestinian conflict.