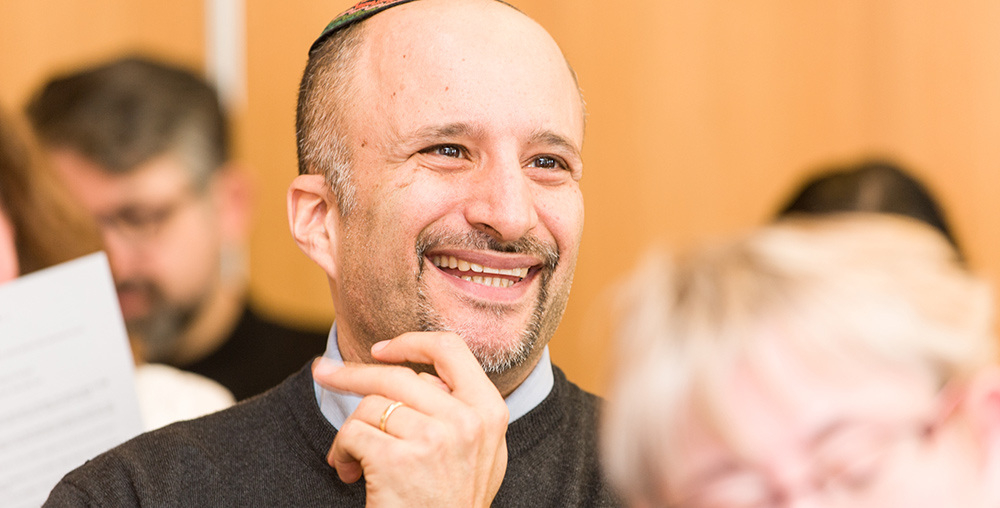 Rabbi Jeremy has a first-class honours degree in Law from Cambridge University and subsequently went to work in television for the BBC and a number of independent production companies. His love of Judaism was really ignited at the Limmud Conference in December 1995. This marked the start of a decade of study in England, at the Hebrew University and the Conservative Yeshiva in Jerusalem and the Jewish Theological Seminary in New York. He graduated from JTS with Rabbinic Ordination, a Masters in Midrash (Rabbinic Exegesis) and a number of academic awards.

While in New York, Rabbi Jeremy trained as a hospital Chaplain and spent many hours working as a Chaplain with the Red Cross in the aftermath of the September 11th suicide attacks. He has been active in several social action campaigns – particularly relating to refugee issues and international development – and has served as convenor of a major interfaith dialogue forum in New York. He is married to Josephine who directs two arts-based charities. They have a two sons, Carmi and Harry. His academic interests include Midrash and contemporary Jewish legal responsa.

Beggars on the Streets of London

A Three Part Guide to Jewish Life – Part One – Belief