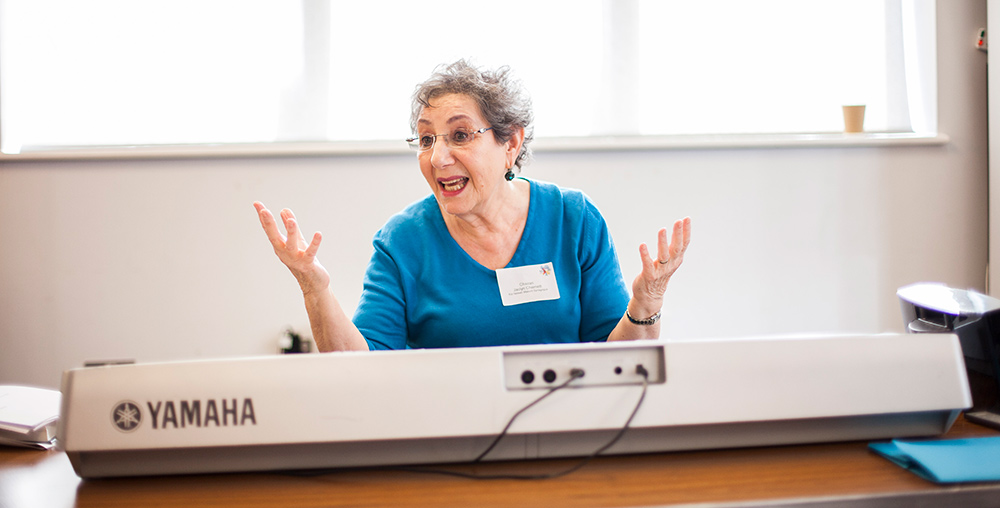 Chazan Jaclyn Chernett is a founder member of Kol Nefesh Masorti, as well as a founder of Masorti Judaism in the UK, and the first woman in the UK to be ordained as a Chazan. A love of Jewish teaching and its expression through the music of the liturgy has been Jacky’s passion over many years, and led her on an inspiring Jewish journey of learning and teaching. Jacky received an MPhil in Ethnomusicology in Biblical Chant before embarking on her studies toward ordination at the New York Academy for Jewish Religion. She received her semichah as a chazan in 2006.

In 2007, Jacky set up EAJL (the European Academy for Jewish Liturgy), which provides competent lay individuals and groups with dedicated professional coaching and mentoring in leadership of Jewish prayer. At Kol Nefesh, Chazan Jacky leads services, teaches our own lay leaders, and continues to innovate and seek out new modes of prayer.

In November 2020, Chazan Jacky was filmed in conversation with Chazan Steven Cotsen from the New London Synagogue. The chazanim discuss their journeys as Ba’alei Tefillah, and talk about the people who inspired them to pursue this calling. And, of course, they sing! The recording is here on the New London Facebook page.

Jacky lives in Edgware with her husband, Brian.